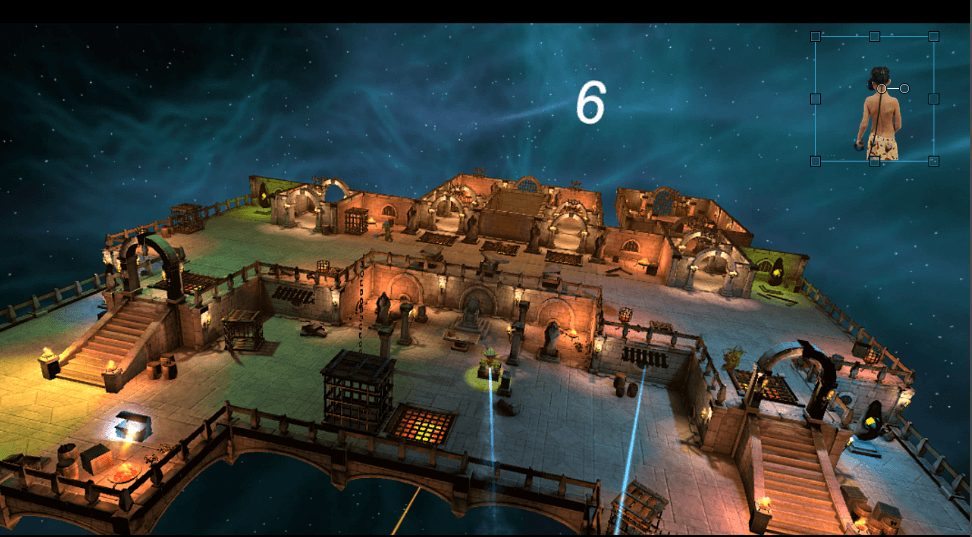 The first game in the list is ready now….

In this game, you play as a magic sky wizard presiding over a dungeon full of treasure.

Your goal is simple, fight off the invading goblins with your magic wands for as long as you can.

They’ll keep invading until they steal all your gold.

I really like the view in this game.  Standing over a world full of miniatures is a really interesting feeling and I think is one of my favorite ways to experience VR.
I noticed this at Oculus Connect too when they had the long CV1 demos.  One of the key demos that stood out to me was a tiny city that you could see but not interact with.

The mechanics of shooting things is pretty basic, but that helps new players get in and understand what to do quickly.

I found myself getting really low a few times to get a close up view of the little goblins I was destroying.  I think with some polish, this could be a fun little game, but I’m certain it’s lacking something key gameplay wise to make it great.

This game has some pretty basic systems that run it.

The Goblins spawn from hidden spawnpoints (you could see them if you walk over to them).  Each of them is assigned a target destination that they walk toward (the chests).  When they reach the chest, they cause a Trigger event to happen that plays some sound, poofs the goblin, and reduces your remaining gold by 1.

The wands are from a pack on the asset store I grabbed for a few $.  I put a sphere on them with some random particle material that grows to full size based on the amount of time left in their refresh timers.  The refresh on them is controlled by a simple float that I tweaked in the editor until it felt right.  Each wand has a projectile prefab assigned that they spawn and launch forward using the physics system on the Rigidbody.  When they collide with anything other than the wands, they destroy themselves, spawn an impact particle, and do a quick SphereOverlap to find any Goblins within range to destroy.

The last thing I want to explain is how to scale the world.  In this demo, the world was all built at normal scale.  Getting the miniaturized effect was as simple as scaling up the [CameraRig] 10x.  Amazingly, that worked fine with no other alterations to the game..